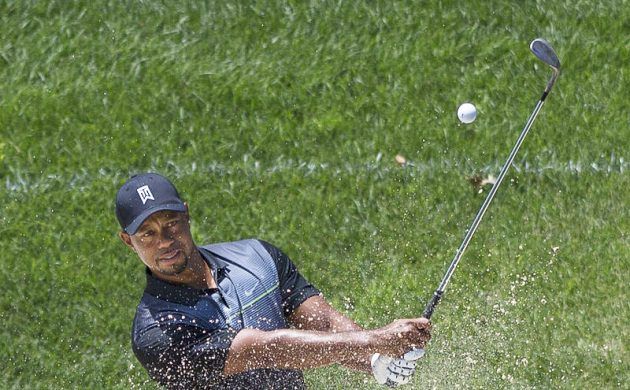 Imagine if Tiger Woods’ dear old Papa hadn’t thrust a club into his infant son’s hands and told him to take a swing at Bob Hope.

Of course, Tiger is Cablinasian (his words, not Oprah’s, although her lips were moving), which broken down is caucascian, black, Indian and Asian, but you can’t help thinking what might have happened had he grown up on a project in Detroit (as opposed to being Papa’s personal project).

And while we’re at it, what if Vincent van Gogh hadn’t picked up a paintbrush (sunflower grower, probably), Neil Armstrong hadn’t gone to space school (greeting cards writer?) and Julie Andrews hadn’t tried her hand at singing (100 percent a nun) … we would have been robbed of some of history’s biggest achievers.

Well, sometimes summer school is where the journey begins.

You thought you knew until Chevy Chase, Gwyneth Paltrow and Adam Sandler popped up, right, and then you realised the answer couldn’t be ‘talented performers’.

Well, the link is that each and every one of these mostly, if not entirely, North American people went to a summer school.

Those precious weeks away (in Sandler’s case, three straight months out of his parents’ sight) played a huge part in unearthing the talent beholdeth to the world today. Thank you, summer school, thank you.

Fun, feel-good, friendships
Hold the sarcasm for a second, though, as summer school really is the bomb. It’s pretty much the best parts of your childhood all rolled into one tidy package – and it sure as hell beats sitting at home watching TV.

First off, it’s almost entirely non-academic. Forget, triple maths and double Latin, this is quintuple fun. The syllabus is strictly sourced from the ‘School of Life’ – there’s a good reason why so many high school films are rooted in extra-curricular activities.

Secondly, it’s relaxed. It’s like the final day of the school year, but for a whole week. The students are relaxed – even the uptight ones usually killing themselves to get a scholarship – while most of the teachers have turned into ‘The Fonz’. You never knew they could be this charming!

Thirdly, who knows, it might present an opportunity to form a friendship: maybe with the popular kid who you’re too intimidated to mix with in company, or that crush from the year above – if only you had the courage.

Granted, there are a few possible drawbacks. The summer holiday lie-in is going to have to wait a while longer and you might get lumbered with the school bore … but if you’re going to improve your tolerance levels, this is as good a place to start as any.

Inspiring teachers
Let’s hold that teacher thought again, as summer school does tend to attract educators of the highest calibre. Talk to any successful person and they’ll probably have a tale of a teacher who truly believed in them – a relationship nurtured when the two could enjoy some quality one-on-one time.

Teachers are often highly talented people who harboured dreams of becoming a professional creative themselves, be it a musician, actor or artist.

But somewhere along the line the reality of paying the monthly rent set in, at which point they realised they could also use their talents to help others.

Seriously, there are probably hundreds of grown-up Americans who had no clue that their counsellors Miss Germanotta and Miss Robinson went on to become the queen of pop and the White House respectively.

A pivotal week
There’s no doubt that summer schools are the perfect environment to discover the Vincent van Goghs of the future.

After all, don’t they say that in order to become an expert at something it will take 10,000 hours of practice, so you’d better start during your childhood!

Malcom Gladwell makes the often disputed claim in his book ‘Outliers: The Story of Success’, and it certainly rings true for many of the activities favoured by summer schools.

The environment they provide gives children the chance to discover and then develop hitherto unknown talents under the guidance of experts who have already put the hours in.

It could prove to be the best investment you’ll ever make – and the most pivotal week of your child’s life.