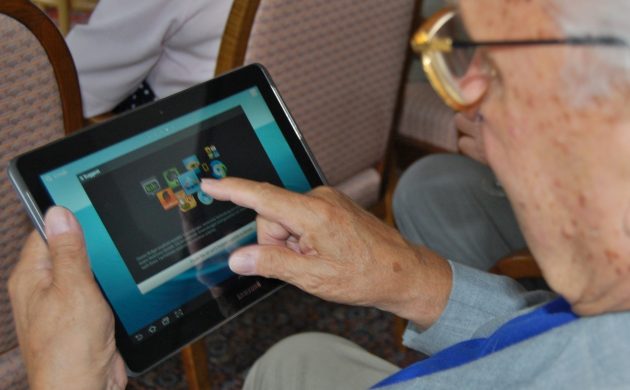 Fake news alert! His usage is not necessarily a boon for society (photo: Sigismund von Dobschütz/Creative Commons)
May 18th, 2021 9:34 am| by Arzia Tivany Wargadiredja

In some parts of the world, the digital divide is a real issue in society, causing many elderly people to be cut off from opportunities due to their lack of access and knowhow regarding the internet.

But this is not the case in Denmark and the other Nordic countries, where the elderly have pushed aside stereotypes to become regular users.

The most recent Eurostat survey of the use of ICT in EU households and by individuals reveals that Denmark has the highest share of people aged 65-74 who used the internet in the last three months: as much as 94 percent!

Northwest at the top, southeast at the bottom
The percentage put Denmark well clear of second-placed Luxembourg and Sweden (91), the Netherlands (90) and Finland (88).

In contrast,  only 25 percent of people aged 65-74 in Bulgaria used the internet in the last three months, with Croatia (28) and Greece (33) also performing poorly.

The results were based on results obtained during the first quarter of 2020 – so mostly before the COVID-19 pandemic too hold.

Not surprising and not necessarily great
Denmark’s top ranking is not surprising. In 2014, a report released by the International Telecommunication Union ranked Denmark as the best in the world when it comes to access to information and communication technology.

But maybe it’s not entirely great news: research published in the journal science reveals that older people are almost four times more likely to have shared fake news on Facebook than younger generations.

Based on research conducted in the United States, the findings are mainly attributed to cognitive deficits, a tendency to trust more, difficulty in detecting lies and less accuracy in communicating.