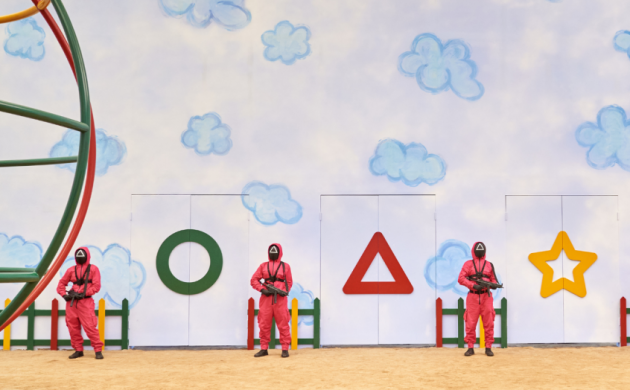 Choose very carefully, Danish government, as fears are growing that a tax on streaming services could backfire
October 1st, 2021 6:00 pm| by Ben Hamilton

A few years ago, we realised we couldn’t survive as a weekly newspaper.
Monthly didn’t cut it either. Ideally, we’d publish fortnightly during the sunlight months, monthly during the darkness, but who are we trying to kid … the answer I normally give to how often we publish is “When we feel like it”.

We’re neither bound by subscribers nor regular advertisers, so if we need to postpone an issue because it makes sound economic sense, we’ll do it. Still, many aren’t convinced. “No, really, how often do you publish?” they say quizzically, as if this is the most unregimented thing they’ve ever heard.

As long as they feel like
Anyhow, I’m glad to see that TV shows are increasingly not playing by the rules either. The chapters of a novel aren’t uniformly the same length, so why should episodes be – particularly as most shows are only streamed, and many just dumped by the season.

While the likes of Game of Thrones have been releasing movie-length episodes since the days of The X Files, a new trend is emerging for short ones too. It means stories can be told at the right pace with no pressure to trim down perfection or flesh out the mundane.

The Underground Railroad (Amazon Prime; a whopping 92 on Metacritic), a fantasy series grounded in the harsh reality of the US slavery era, has an episode that is just 20 minutes long (others are as long as 77); South Korea’s answer to Battle Royale and The Hunger Games, Squid Game (Netflix since Sep 17; 80), has one timed at 32 (max: 63); and Nicole Kidman vehicle Nine Perfect Strangers (Apple; 53) has a range of 42–55 minutes.

Squids in, one of the best
Of those three, Squid Game is the safest bet. While episode two was a little laboured, and the conclusion too well sign-posted, the rest provided some of the most exhilarating television of the year so far.

Nine Perfect Strangers has its moments, but peaks midway, not unlike the LSD trips most of the characters are on. While The Underground Railroad is one of those shows so well reviewed, you’re afraid finding it boring will expose you as a Philistine, although at least you knew, unlike most Americans, that the railroad was metaphorical … right? Seriously, we thought slavery was ample material enough, without the need for the fantasy.

Finally, just like Squid Game, LA-set series On the Verge (released on Sep 6) was criminally not promoted by Netflix Danmark last month. Created by and starring Julie Delpy, who has divided opinion since the Before films, this feels like the most grounded comedy in ages despite the Tinseltown-related antics of the leads: four mothers whose eldest kids are on the verge of puberty. They’re hard to like, but the situation is often so inspired, it’s hard not to laugh yourself silly.

We’re hopeful German series The Billion Dollar Code (Oct 7; Netflix) will deliver with the true story of two IT specialists who had to go to court to get what was rightfully theirs as the inventors of the Google Earth algorithm. We tried to google for more information but …

Is Eva a paedo then?
Meanwhile, over in movie land, The Last Duel (61; Oct 14) reunites Matt Damon and Ben Affleck as screenwriters 25 years on from Good Will Hunting, with Affleck taking more of a backseat with the acting as a creepy lookin count. Medieval French knights Damon and Adam Driver come to blows over Jodie Comer in this Ridley Scott caper. It looks a bit ridiculous.

Less so is Shiva Baby (79; Oct 7), which evolved from a short about a Jewish girl running into her sugar-daddy at a funeral. It looks hilarious.

The lead in the musical Dear Evan Hansen (39; Oct 21), about a schoolboy who pretends to be the only friend of a classmate who kills himself, is 28, but we decided not to dedicate a whole column to rant about how teenage boys feel inadequate comparing their bodies to much older actors playing their age group. And to think this film addresses teen suicide.

But is it healthier than the raft of grizzly films in the build-up to October 31: from Venom 2 and Halloween Kills (both Oct 14) to Run Rabbit Run and The Devil’s Light (Oct 28)? We don’t know, as horror producers rarely let critics see their films in advance.

Finally, we know we should love the pastel palettes of auteur Wes Anderson, but it’s always a fine line with him: between paradise (Rushmore etc) and purgatory (The Darjeeling Limited). Newspaper love letter The French Dispatch (82; Oct 21) looks pretty palatable, though. It celebrates a yesteryear when the media really listened to its readers, as opposed to today, when incredulousness is the best we can hope for.