You thought we were joking about the tortillas? (photo: Harris Fellman Facebook page)
November 12th, 2021 2:00 pm| by Ben Hamilton

It’s funny how Kojak has always been the go-to for jokes about baldies. But did he ever have a scientist friend to say “Who loves ya, speccy?” to? Captain Jean-Luc Picard certainly had one, if not two. One was a member of the undead, the other MC Hammer. Curiously, neither have been seen since the theme for ‘The Addams Family’ was sung by a grave.

Well, the baldy and scientist combo is back – in fact, let’s call them the ‘Next Generation’. Two American comedians, magician Harris Fellman (Funny Bald Magician) and stand-up scientist Dr Matthew Murtha (Dr Matt’s Life of Science), have joined forces to put on one stellar show, the ‘Science vs Magic Tour’, and there’s a chance to see them both in action, back to back, on the evening of November 23 at the Drop Inn, which can be found at Kompagnistræde 34 in the centre of Copenhagen.

Furthermore, they are also performing in Odense on November 19, Aarhus on November 21 and in Lund in Sweden on November 22. Needless to say, but worth saying just in case, both of their shows are entirely in English.

Mind-reading llamas!
Fellman, very much in the tradition of offbeat comic magicians like Rune Klan or Lioz Shem Tov – but not so much the ‘taking themselves deadly serious’ artistes, such as David Blane, ‘I’m a showman … look at me!!’ posers like David Copperfield – likes to engage with audiences, so don’t expect to spend the whole show sitting down!

“Don’t let the ‘English’ scare you away. Magic transcends language because it’s so visual – so, even if your English is as bad as Harris’ Spanish, you’ll still have a great time!” promise the tour organisers.

Have you ever seen magic featuring tortillas or a mind-reading llama? Exactly! That’s why Harris Fellman’s show really needs to be seen to be believed.

Even popular with husbands
Already a seasoned performer all over the world, just last week Fellman performed on Spain’s Got Talent, and in the same country Barcelona Metropolitan hailed his show as “an evening filled with laughs, wonder, and just a ton of fun!”

The Comedy Clubhouse is also a fan. “Harris’s shows always bring down the house!! He is a great performer. 10 out of 10 and would definitely recommend it!” it chimed.

Clearly from other reviewers, it is clear that Harris is equally popular with both sexes. “Thank you for making even my husband laugh!” said one satisfied (well, at the show anyway) audience member. 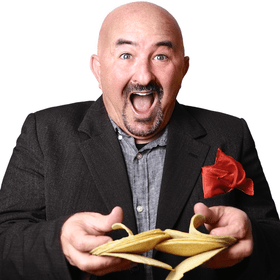 Doctor in the house!
Dr Matthew Murtha, meanwhile, is indeed a genuine scientist – a cancer biologist to be exact – and he extracts untold mirth about the assumptions people make about his profession and numerous, hilarious anecdotes about the challenges he faces.

The latter lends itself to some pretty dark humour at times, and like Fellman the doctor likes to engage with his audience.

Also an experienced tourer, he’s opened for the likes of Judah Friedlander and Jim Gaffigan in what has been a blossoming career.

After all, you hear ‘scientist comedian’, and you instantly know who they’re talking about!

Not just for rocket scientists!
It’s certainly an original take on standup comedy, as not only does Murtha bring the house down, but he also manages to educate his audience.

But it must be stressed that no scientific knowledge is required to enjoy the show.
As Comedy Clubhouse BCN applauds, this is “a direct injection of humor straight to the brain!” 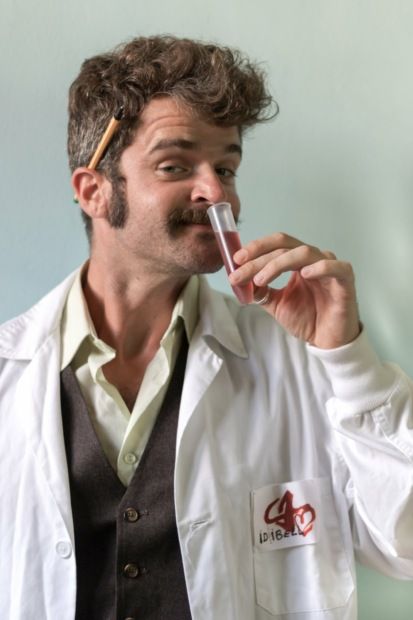 But the steal is to acquire a ticket to watch both shows for just 140 kroner.
Find out more about how to obtain tickets at CopenhagenMagic.eventbrite.com and Copenhagen-comedy.eventbrite.com.

And find out more about Funny Bald Magician via fb.me/e/2EE4IeOUP and Dr Matt’s Life of Science via fb.me/e/1blYRgv7X.