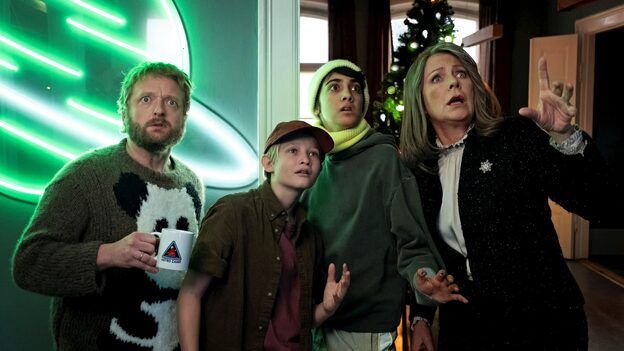 It’s TV2’s turn to present a brand new julekalender to the nation – the annual festive television show that from December 1-24 will close down kitchens and play areas all over the nation, as mothers and children gather for their dally dollop of Danish ditziness.

Not every julekalender toes the favoured formula of fantasy meets family fun, but this year’s edition, ‘Kometernes jul’, looks like a safe bet.

Two children participating in a two-week astrophysics camp (it sounded feasible on the page) are accidentally teleported away to the distant Planet 9 (someone alert the estate of Ed Wood; Ed: that was Plan 9).

It’s a race against time – after all, they’ll miss Christmas Eve on a distant side of the universe – to reunite them with their families.

Not as sacred as in yesteryear
Screened at 20:00 every night, a sizeable proportion of the nation will tune in – and it used to be pencilled into the notebooks of all burglars as a good time to steal garden play equipment.

But now with streaming, families are choosing their own time to settle down (working late is no longer an excuse, Dad!), although the late release time does force their arms somewhat.

That won’t bother most children, as kids aged 5-12 tend to commit themselves to a televisual marathon every evening to consume a whole load of julekalenders from yesteryear as well.

Note that none of them clash with this year’s main TV2 offering. The domain of the julekalender is a strictly no ratings battlezone.