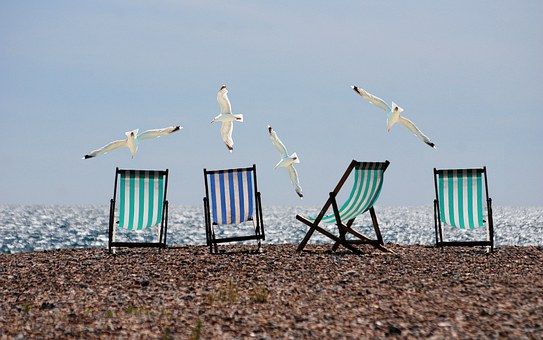 Temperatures look set to soar up to 27 degrees in Copenhagen on Friday and then hover around the 24-degree mark on both Saturday and Sunday, according to Norwegian forecaster yr.no, which is widely considered to be the best weather site in the Nordics.

While Friday will be quite windy, the rest of the week ahead will be relatively calm, and the good weather looks set to continue all next week, from Monday (26) to Friday (25), the day that the Tour de France begins in the capital.

Cloudy weekend though
In total, yr.no predicts there will be three summer days (25+) and only 0.7 mm of rain (on Tuesday), following a particularly warm Monday night (20).

Nevertheless, the weekend ahead will be quite cloudy, with Sunday the more promising looking day to visit the beach.

Good conditions for Skt Hans Aften
Temperatures should peak at 23 degrees today: roughly the time when most Skt Hans Aften events kick off.

Wind speeds will be low: perfect conditions for lighting a fire!

Copenhagen Airport has 300+ more staff in place to deal with demand of busy weekend
Copenhagen Airport has employed and trained more than 300 staff to work in its security check area – primarily to address the delays faced by travellers in April, May and June during busy periods when they have often had to queue for more than 40 minutes. The recruitment takes the number of security staff to the same level as 2019, before the pandemic. The airport is accordingly confident it will be able to deal with the anticipated surge in passengers this Friday and Saturday – between 80,000 and 90,000 – as families leave Denmark following the commencement of the school holidays. All of the new staff are trained and raring to go.

Busy weekend also on the roads as thousands head to summerhouses
The Vejdirektoratet road directorate has warned that Friday and Saturday will be busy on the roads as a result of the mass exodus of mostly Danes travelling to their summerhouses. Many families stay at their summerhouses for the entire six-week holiday – particularly now that remote working has become so commonplace. Friday rush hour and between 11:00 and 15:00 on Saturday will be the worst times to travel, warns Vejdirektoratet.

Staff at hotels and restaurants return to pre-pandemic levels
Employment rates at hotels and restaurants have returned to pre-pandemic rates, confirms Horesta, the industry interest group. In fact, in April there were 127,300 employees, which was more than in the same month in 2019, the year before the pandemic struck, according to Danmarks Statistik data. And numbers are likely to rise, as 54 and 67 percent of restaurants and hotels report recently missing out on revenue due to labour shortages. The sector continues to struggle to fill positions. According to the Danish Agency for Labour Market and Recruitment, 42 percent of recently advertised positions have either not been filled or been taken by somebody with a different profile to the one sought.

Germans returning in droves to boost domestic tourism
Not only are more people in Denmark expected to travel abroad this summer, but Dansk Erhverv is predicting a great holiday period for domestic tourism. In a nutshell: the Germans are back. Following two years in which Danish tourists gamely filled the gaping hole left by pandemic-restricted foreign visitors at the country’s numerous summerhouses, a huge increase is anticipated. Overnight stays up until April have been surpassing pre-pandemic figures in 2019, according to Danmarks Statistik. Nevertheless, the tourism industry is not completely prepared due to a widespread shortage of labour.