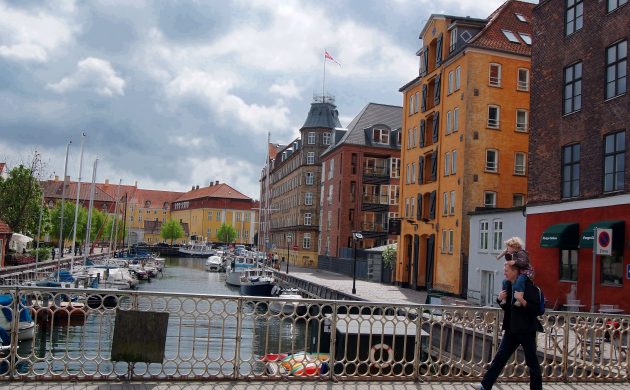 A large part of the canal-saturated Copenhagen district of Christianshavn faces a prolonged period in which it won’t be accessible to road vehicles due to the closure of a critical bridge.

With the bridge out of play, only bicycles and boats will be able to visit the island of Bjørnsholm – where Nordatlantens Brygge and the Broens Gadekøkken food court across the water from Nyhavn are located.

Christianshavn is steadily turning into Venice!

Already a weight limit on pivotal bridge
Thousands of cyclists and motorists cross over Wilders Bro in Christianshavn every day, but many are unaware the bridge is badly creaking under the strain.

Some 119 years old, a driving ban on vehicles weighing more than eight tonnes has been in place since November 11 – firetrucks, for example, can no longer pass.

And now plans have been announced to renovate the bridge.

Mortgage borrowers warned of record rise in interest rates
Mortgage loans are set to rise steeply. For example, 13,000 borrowers at Totalkredit will see the interest on their flexible interest rate mortgages shoot up from January 1 when the loans are adjusted at the turn of the year. It is believed the adjustment will result in the highest interest rate increases ever: up from between 3.11 and 3.15 percent to over 6 percent. The cost of financing a flexible interest rate loan to buy a home costing 2.5 million kroner, in which 80 percent of the cost was lent, will increase by 22,000 kroner a year. However, experts do not anticipate many foreclosures because customers would have been properly assessed before being given the mortgage.

Ukrainian recruitment a success story at Aarhus Municipality
Aarhus Municipality is celebrating the recruitment of 20 Ukrainian women to serve coffee at nursing homes in the city following the completion of a special 12-week course. They fill a void at a municipality short of labour. “It’s killing two birds with one stone,” observed Christian Budde, a Venstre councillor, to DR. “First of all, we help some women who are in a really difficult situation. At the same time they help us with our recruitment challenges.” In total, 241 Ukrainians have ended up getting jobs in healthcare or the care sector – out of a total 6,000 refugees who have found a job this year. Most have taken jobs as cleaners, in hotels or in agriculture, according to Styrelsen for Arbejdsmarked og Rekruttering.

Islamic State mother sentenced to three years in prison
A mother of five with Islamic State ties, who was one of three women brought back to Denmark in October 2021 from a prison camp in Syria, has been sentenced to three years in prison at Esbjerg Court. The 35-year-old was charged with promoting terror in relation to being the wife of an IS warrior based in IS’s caliphate and staying in the conflict area without the permission of the Danish state. The three women’s fate, and of their 14 children, was a major talking point in Denmark last year. They have been in custody since their return and their children in foster care. The two other women are awaiting sentencing.

Worrying rise in force during treatment of youngsters in psychiatry
Some 21.1 percent of all children and young people hospitalised and placed into psychiatry during the last two years have been subjected to force, according to a report from the Sundhedsstyrelsen health authority. Examples of force include being forced to eat or take medication, being restrained, or otherwise being exposed to coercion. Between 2011 and 2013, it was just 15.3 percent.